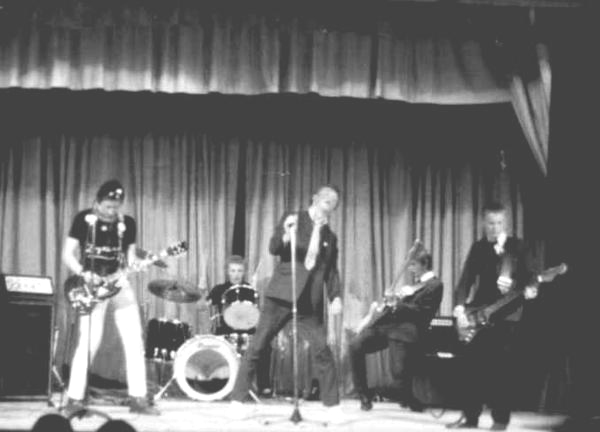 Well it was a different age back then and we were all very young. The far right were not the problem they became in the early 1980s and using the name of the gas used in Nazi concentration camps seemed like a damned good "punk name" - chosen specifically for its shock value in our young minds attempt to pour scorn on mans seeming infinite capacity for inhumanity to man.

However a growing realisation that people were viewing the name as indicating the band had far right leanings (when nothing could be further from the truth) meant an eventual name change was in order. And so Zyklon-B duly became Syntax.

Those who carried the torch were :