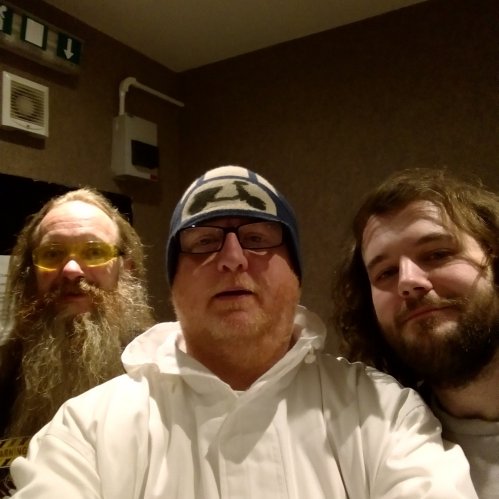 Father Stone are not a band. We're an art project who just happen to make music. Formed originally as a bastard off shoot of the Ceramic Hobs as an outlet for out heavier riffs. With the sad passing of Simon Morris we're now a living continuation of the Hobs Blackpool Legacy. Mutate & survive ! 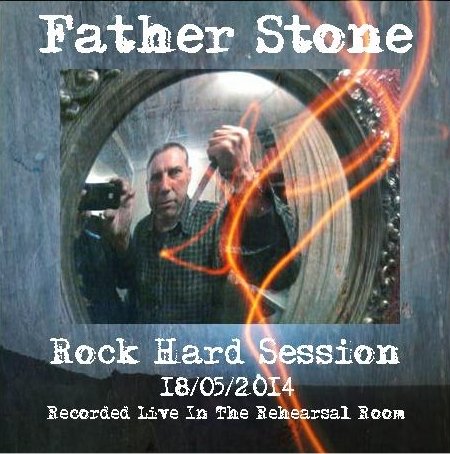 In memory of Merv, seen here reviewing a home made CD copy of the Rock Hard session at the Breck Club

All videos were recorded by simply placing our trusty video camera somewhere out of the way and hoping people didn't nick it (more fool them if they do as it's got dodgy buttons which we know how to press "just so" to get the bugger working. If you took it to a pawn shop and tried to sell it they'd tell you to bugger off and throw it in the bin !

A thrilling selection of art work sent in by "admirers" 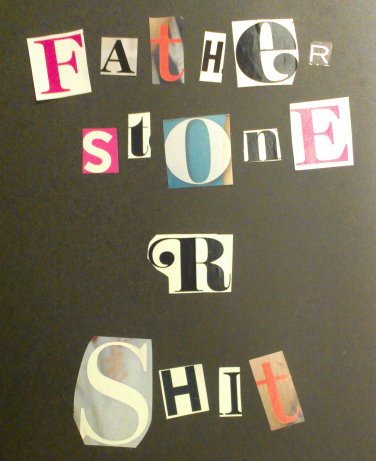